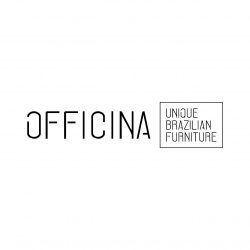 The company was born in an artisanal way. Therefore, it presents a natural flexibility in the way of production. The quality of its production was acquired in years of experience. OFFICINA must also keep on the path of productivity gains as a result of a sum and not as a substitute for quality. In 2001, already trained in the area of Administration, Adeilton Pereira – Owner of OFFICINA Móveis Planados – decided to set up his own carpentry shop, after participating in the history of his father Silvino, linked to carpentry. They thought of a simple name that would be part of his daily life until that moment. The name OFFICINA came up , as they grew up listening to their family talk in the workshop where they worked. During the trajectory of OFFICINA Móveis Especiais , many changes have taken place that reveal how much the company has grown and occupied a prominent place in the João Pessoa market. 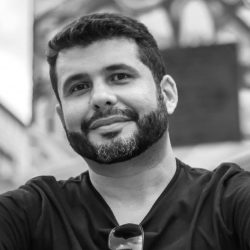 Born in the capital of Brazil, Bilac graduated in 1996 from the first Industrial Design class at the Federal Technical School of Mato Grosso, where he lived for 10 years. Still in Cuiabá, he worked as a designer until he returned to Brasília in 1998, working for 2 years as a graphic designer. Founded in 2000, his company specialized in the manufacture of customized furniture for residential and corporate environments, creating in 2013 the first original pieces that have already reached a prominent position. Shown at events such as the 2014 World Cup and the 2016 Olympics, a piece -Banco Cavaletewas exhibited at the BRAZIL S / A 2017 in Milan. Combining work and family environment, his studio and home are gathered in a farm in Brasília. Guided by inspiration in family, music and nature, his creationsare signed by the use of wood and steel, a striking feature that led the Boomerang Chair to be exhibited at BRAZIL S/A, representing once again in 2018 the Bilac’s name at the Milan Design Week. With a view to repositioning its brand, in 2019 it simultaneously participates in two exhibitions at the São Paulo Design Week, having 7 releases divided between High Design and Made (Art and Design Market). In February 2020, it launched two works -Boomerang Quatro and Tatuzinhoat Paralela Design in São Paulo and captivated the culinary program Top Chef Brasil, which selected 10 pieces of furniture to compose the scenario of the reality show.